The highly anticipated NFL Game Pass has been officially released for streaming in the US. There’s also an international version as well with more details on it below. Game pass is packed with tons of great features which we have explained in this review.

Get ready for some free football.

We think we have some pretty satisfactory responses to most of the questions on the minds of every football fan who is contemplating jumping on board and joining this excellent online streaming service.

Are you ready to learn more about the benefits of owning a NFL Game Pass plan and how you can claim your 7 day free trial.

What is NFL Game Pass?

Game Pass is the official name for the NFL streaming service which provides access on-demand to every game of the regular season, live coverage of preseason games, streamlined game replays, sound coverage live, replay highlights, and so much more. This online streaming service conveniently can be accessed with your computer or several other streaming devices which are connected to your TV.

How Much Does Game Pass Cost?

The price for the entire 2020 season works out at $99. With the annual $99 price option, subscribers will be provided with the opportunity to view replays “on demand” every one of the 256 games of the 2020 regular season on the day when the games are played as well as live preseason games (often out-of-market) and games of the previous 2009-2019 seasons on so many devices, including the Super Bowls from all those past years.

*Live audio is also available for all the games of the regular season. A 7-day taster is currently available, which is an effective way to get the service tested. Also, the subscription price is usually dropped a little bit when the season is about halfway through.

The three different streaming services from the league — NFL Preseason Live, NFL Audio Pass and NFL Game Rewind, which were so popular amongst fans have been merged and replaced with the Game-Pass Domestic service.

For so many years now, NFL Game Rewind had been an on-demand service offered by the league which provided football fans with the opportunity to watch and enjoy the replays of games on a wide range of devices.

As the state of the art Game Pass settles in, the new NFL streaming service is designed to emulate Game Rewind with so much more. Keep reading to find out how exciting the league’s new service for streaming can be for junkies of fantasy football, die-hard fans and people who detest commercial interruptions.

So what do you get for you money with the $99 package? Below are some of the current major features we are aware of:

Watch all the games of the regular season on demand – You are given access to each and every game of the whole season, not missing any specific moment or play. Games on Sunday mornings and afternoons (9:30am ET, 1pm ET & 4pm ET) can be accessed when all Sunday 4pm games conclude while the NFL games of Sunday night, Monday night, Thursday and Saturday can be accessed immediately after the applicable game telecast concludes.

You can access the service with a wide range of different devices – It’s possible to watch NFL games on numerous streaming players from your computer, iOS and Android tablets as well as smartphones. Game Pass is now available for your TV, on the streaming players that follow, through the NFL app: Amazon Fire TV, Apple TV, Roku, Android TV, Xbox One, and PlayStation 4.

Stream past games of previous NFL seasons online – You get the chance of watching the complete replays of every NFL game since the 2009 season. GP is also spiced with amazing Super Bowl collections, which you can access for memorable sights on the great clashes from seasons gone by. 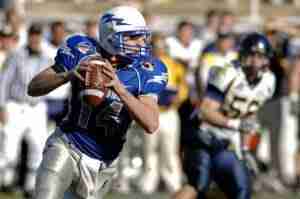 Most interestingly, absolutely NO COMMERCIALS or uninterrupted NFL action! This facility can optimize your fantasy manager results as following up all your players is very much facilitated by the possibility of watching an entire game in just 30 minutes.

Other Related Stories: NFL Sunday Ticket: Worth the Investment?

Savour the experience of DVR controls – GP offers you unique control when streaming your NFL games online. Annoying commercials have been eliminated and you get the luxury of being able to fast forward, pause, and rewind at your convenience.

Enjoy an all-new angle using the coaches film – The coaches film features exclusive End Zone and All-22 view angles. With this option, you get the chance to break the game down like a professional.

Game results are concealed to prevent spoilers–There is an On/Off feature for scores which can be helpful in avoiding spoilers and sustaining tension and excitement until you have watched all the played games. With this feature, game scores are hidden to ensure that the experience and the outcome still excites you enough.

Watch hit documentaries and shows of past NFL seasons – Subscribers of are offered an array of the previous hit seasons of Sound FX, A Football Life, America’s Game and Hard Knocks.

Where can I access and stream Official NFL Games?

The domestic version is available in the United States, Mexico, Bermuda, Antigua and the Bahamas as well as in Puerto Rico, Guam, the US Virgin Islands and American Samoa. As you must have imagined, Game Pass International is accessible to NFL fans situated out of the regions mentioned above.

Who needs this service the most?

You may be questioning the worth of a service for streaming which strictly provides access on-demand during the regular NFL season. So many people find it worth more than it actually costs. GP suits many different classes and groups of individuals, from people who because of their work demands on Sundays can’t catch live games to people who are strong football fanatics with the desire of watching the maximum possible number of games they can watch.

This is a brilliant service to hardcore lovers of fantasy football especially because of its condensed 30-minute replays which help in performing efficient scouting for the league’s best talents. And if you happen to enjoy your games a lot more in the absence of commercials, like I do, the commercial-free streamlined options will be ideal for your replays.

How does International Game Pass work?

The league’s domestic streaming service is actually called the same as the International version which is also well-known across the entire globe.

What are their similarities or differences?

The NFL Game pass International offers all the specific features provided in the domestic form including DVR features, on-demand game library, etc, although there is the main extra bonus of live streaming for NFL regular season games.

More than 250 games of the regular season are available for live streaming for Game-Pass International subscribers every season, plus they get the opportunity of viewing any missed games on-demand. This great feature helps fans of the NFL who live abroad to closely follow all the games of their best teams, whether live or later throughout the whole season.

Listed below are some key additional Game Pass International features:

I will keep this article constantly updated as and when more details are being released.

Can You Get a NFL Game-Pass Free Trial?

Yes you can.  They are currently offering a 7 day free trial with the PRO annual subscription, you better sign up fast and try before you buy.

We can conclude that NFL-Game-Pass is generally a very beneficial service for so many lovers of football. It’s of particularly great value to people who rather enjoy game replays for one reason or another more than live games.

The games which have been condensed can be very valuable to people who wish to catch all the exciting action without unnecessary stoppages, commercials, etc.

Though the $99 annual cost may seem somewhat high, we think it’s worth every single penny especially for true fans of the great game itself.

So what are you waiting for? Go grab yourself your very own free trial and try it out.

Want more information about watching live NFL games online this season? Go through my complete live football streaming guide on how to Watch out of market NFL games.

Other Stories: Awesome guide to getting a Netflix free trial today