And we are extremely happy it is. We love this show a lot.

If you’re an exclusive Netflix user, who’s been sick and tired of waiting for season 1 of the show to premiere in your country you can finally kick back, sign in to your Netflix account, and catch the entire (absolutely hilarious) first season of Brooklyn Nine Nine.

There’s no need to cave and spend extra cash buying or renting the DVD, nor do you have to spend $2.99 per episode on Apple TV (are they crazy or what?)

As of April (2014), Hulu sent out a press release stating they had signed an exclusive deal that would essentially prevent Netflix or any other online streamers from gaining the rights to two Fox television series; “The Mindy Project” and comedy-rager “Brooklyn Nine Nine”. The word was that only Hulu Plus subscribers would be able to view the show online.

Maybe it was a marketing stunt by Hulu to get more subscribers, or maybe Fox realized how crazy it would be to limit the distribution rights for the show to just one streaming service. Who knows? However, Netflix Canada subscribers got the first season of the show early in the fall, then Netflix US and UK subscribers gained access by the end of 2014.

Great news indeed. Had Hulu gained the exclusivity they wanted, fans would have had to turn to buying the show on DVD or purchasing a digital copy online. Sorry Hulu, you’ve been around for ages – and still can’t obtain the copyrights needed to allow anyone outside the United States to view your selection? Netflix came in and took over where you started and became a global player long before you ever could (perhaps you should have used the $120 million you put toward obtaining all 14 seasons of CSI on instead inking an international distribution deal with the networks, hunh?)

So, enough with rumours, innuendo and streaming-industry news. The Golden Globe Award winning Brooklyn Nine Nine (season 1) is airing right now on all Netflix platforms. Presumably, the second season should become available not long after the finale airs sometime in May 2015.

With a third season being confirmed this past January, fans can be sure to have lots of laughs from this show for at least 66 episodes!

The writing is fab and the actors on the show are no strangers to comedy, with Saturday Night Live alum Andy Samberg, and Terry Crews from Everybody Hates Chris (and his hilarious Old Spice commercial appearances) leading the pack of rag-tag detectives at the 99th.

Andy Samberg is no stranger to comedy, being a former Saturday Night Live star and movie comedy genius. You might not recognize him in this show, with his formerly messy long hair now neatly coiffed. He plays a perpetual child in the show, always laying out pranks and one-liners for comic relief.

He also has the best arrest record on the force, is considered a savvy Detective, and is the recipient of many department awards. His goof-off ways often get him in to trouble, but he also has a problem with following protocol (and keeping his desk area tidy) which gets Captain Holt hot under the collar in virtually every episode!

When you watch the first episode of the show, you’ll note that he’s referred to as “Jeffries” then mysteriously changes to “Jeffords” in the second episode (why, seriously, why?) Played by bodybuilder and former NFL’er Terry Crews.

He’s the Sergeant of the squad, taken off the street due to panic attacks resulting from the stresses of the job. He has two daughters named “Cagney” and “Lacey” (poor kids!) Jeffords is all about the comedy, freaking out in nervous bursts of energy and excitement throughout each episode.

Played by Stephanie Beatriz, this hard-nosed former ballet dancer is the woman everyone in the office is afraid of. She’s a by-the-book over-achiever and the best shot on the squad.

Despite her hard-nosed approach and refusal to date anyone, she can’t seem to usurp man-child Samberg’s character (Det. Jake Peralta) for the best arrest record.

Played by gossip girl alum and former soap opera star, Melissa Fumero. She’s Det. Peralta’s partner and, as one might expect since this is a cop show, Det. Santiago is the antithesis to Peralta’s childish, protocol-skirting ways.

Santiago had 7 brothers growing up in her cuban family, making her uber competitive and forever irked by seemingly everything Peralta does. Despite this, romance appears to be in their near future!

Played by Andre Braugher, who brings his law-enforcement-acting experience from “Homicide: Life on the Street.” Braugher plays the typical angry, humorless police captain, but there’s more to him than meets the eye.

He’s gay, and feels like the fact he has always been open about this fact is what has left him with a rather glamorless career. The 99th is his first commanding position in thirty years of service. Holt is always clashing with Peralta but respects his ability to get the bad guys.

Played by Joe Lo Truglio, Boyle is a foodie who frequently grosses everyone out with the strange foreign dishes he likes to indulge in at work. He’s honest, hard-working and forever clumsy. Possibly the only cop ever to have a wife who pays him alimony (because she cheated on him several times before their divorce.)

Gina is Peralta’s childhood friend and assistant to Capt. Holt. She plays an innocent and aloof character, but underneath the surface is an intelligent lady with a penchant for stealing from stores.

There are several recurring characters that many of you will recognize too, including: Kyra Sedgwick, Patton Oswalt, Nick Cannon, Sandra Bernhardt, Marilu Henner, and Dean Winters.

Related: Watch Orange is The New Black on Netfix

Episode 2 makes the list not because it’s the funniest of the season, but because it’s where we start to see some real character development and bonding from Peralta and Capt. Holt. Peralta discovers that the Police Commissioner’s son is up to no good and heading toward a life of crime. Peralta discovers who the “Tagger” is, yet decides to put the cuffs on him anyway.

The Commissioner becomes enraged at this and threatens to ruin the careers of both Peralta and Capt. Holt, who promptly stands up for Peralta and holds firm on the arrest. This is the episode where we discover Capt. Holt’s sexuality.

This episode is all comedy and centers around Sgt. Terry Jeffords. He’s building a special dollhouse for his daughters Cagney and Lacey. Few moments in this show have been funnier to date than watching a guy who could easily compete in a Mr. Universe contest fight with putting together this seemingly innocuous doll house. You’ll laugh when he screams “What kinda dollhouse has wheels?”

This episode is pure comedic madness! The straightlaced Capt. Holt we’ve come to know up to this point transports us back to the 70’s when he was more rough and tumble and working the beat as a detective. “Young Ray Holt” becomes a recurring character from this point forward and he’s quite hilarious with tons of reminiscent 70’s black comedy one-liners for the bad guys, and a look that can only be compared to the likes of Samuel L. Jackson’s character in Pulp Fiction!

This one puts Det. Boyle front-and-center in front of the audience. Though he frequently messes up and (literally) trips over himself often, Boyle is set to receive the Medal of Valor for saving Det. Diaz’s life on a bust that went bad (he received a bullet in the arse for his troubles!) But nothing ever really goes right for Boyle and his accomplishment is over-shadowed by Sgt. Peanut Butter.

The department “horse” Sargeant outranks Boyle and is awarded a Medal of Valor right after during the ceremony, and everyone soon forgets Boyle even exists! He delivers one comedic moment after another in this episode, as he’s recently stopped taking his “medication” which acts to make him somewhat more straight-laced and reserved.

There are rumors that Det. Boyle’s character was to be mainly that of a supporting character, one that wasn’t supposed to get very much screen time. This appears to be true at the start of the season, but by episode 17, we’re seeing a lot more of the bumbling Boyle and this episode is all him once again!

Boyle has a propensity for jumping in head first when it comes to new relationships if they have even an inkling of promise for the future. He seeks out Peralta’s help to help cure him of his case of “Full Boyle” and, as you can imagine, Peralta’s methods are – how should we say – unconventional! The episode ends with both guys pepper-spraying each other.

This is the finale and unlike many other major network shows, the final episode of Brooklyn Nine Nine season 1 doesn’t disappoint! It’s by far the funniest episode of the season and it was no surprise the show was renewed so quickly for a second season after watching it. Boyle is going through changes – big changes. He’s depressed with the state of his life and decides to transform into the dark and mysterious “Neo” who wears a leather trench coat and sunglasses wherever he goes. It’s hilarious watching this new version of Boyle!

Capt. Holt is also a major player in the finale. For the betterment of the public he serves, Holt decides once again to ignore the Commissioner and proceed with a touchy case that could result in certain public figures being exposed for wrong-doing. Peralta and Santiago join him on the case, but Peralta is soon in over his head again for skirting the rules. He’s put in front of a NYC judge to face potential jail time, and tries to sweet talk his way out of trouble. Tune into this episode to see how it all shakes out!

Ready to Watch This Show Yet?

Hey, we’re completely crazy about television and want you to be too! Waiting week after week to see what happens next on any show really sucks. Brooklyn 99 is one of Fox’s most highly rated shows and certainly their best comedy.

Considering that last year Netflix viewers didn’t believe the show would ever premiere on the streaming service, there’s never been a better time to tune in with 30 days of free Netflix with a trial in your country to catch up on the first season of Brooklyn 99!

If you have never watched this show before? check out this trailer for a sneak peak 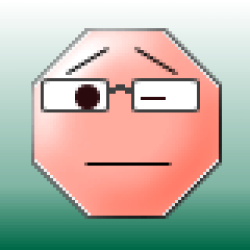